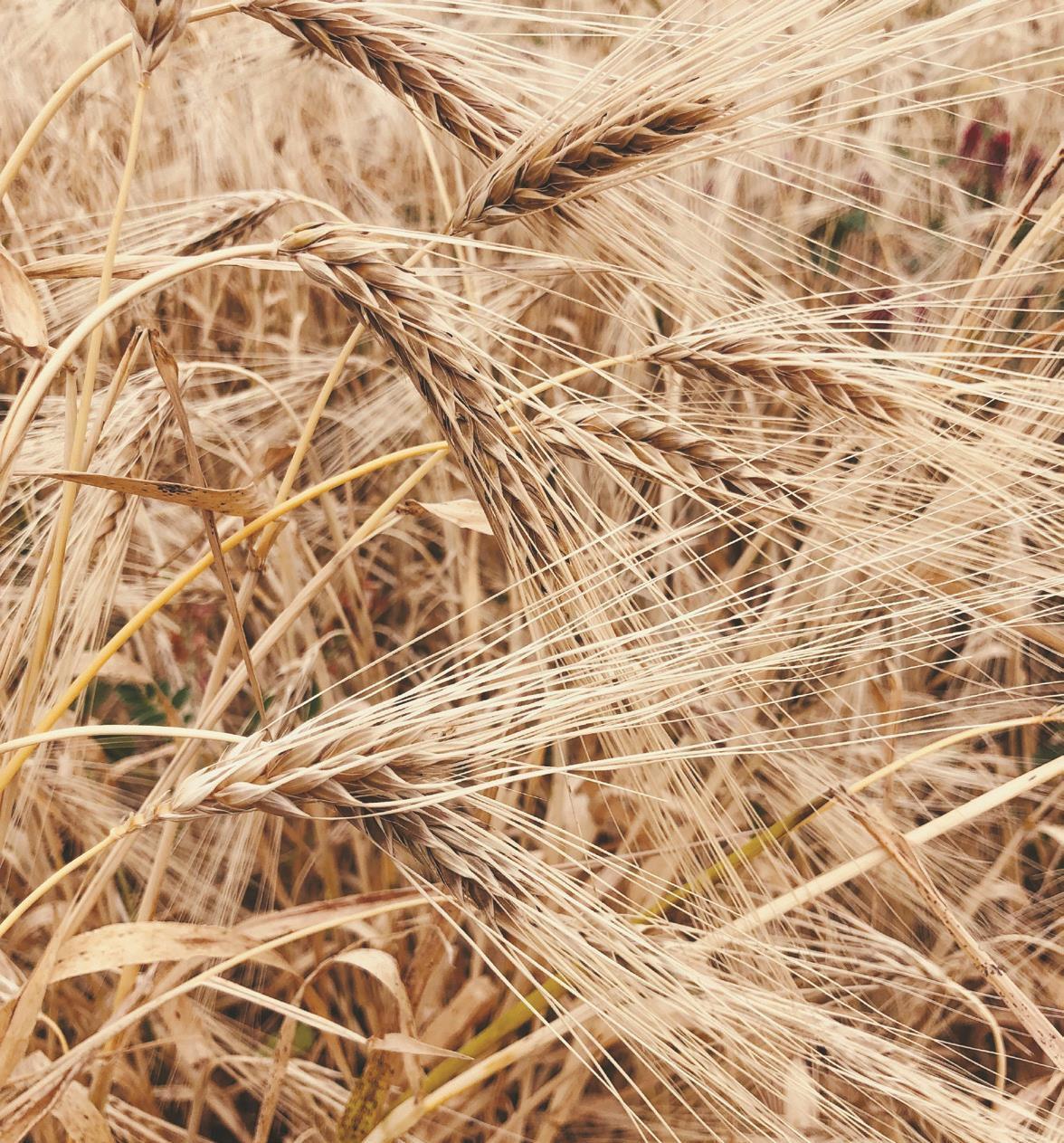 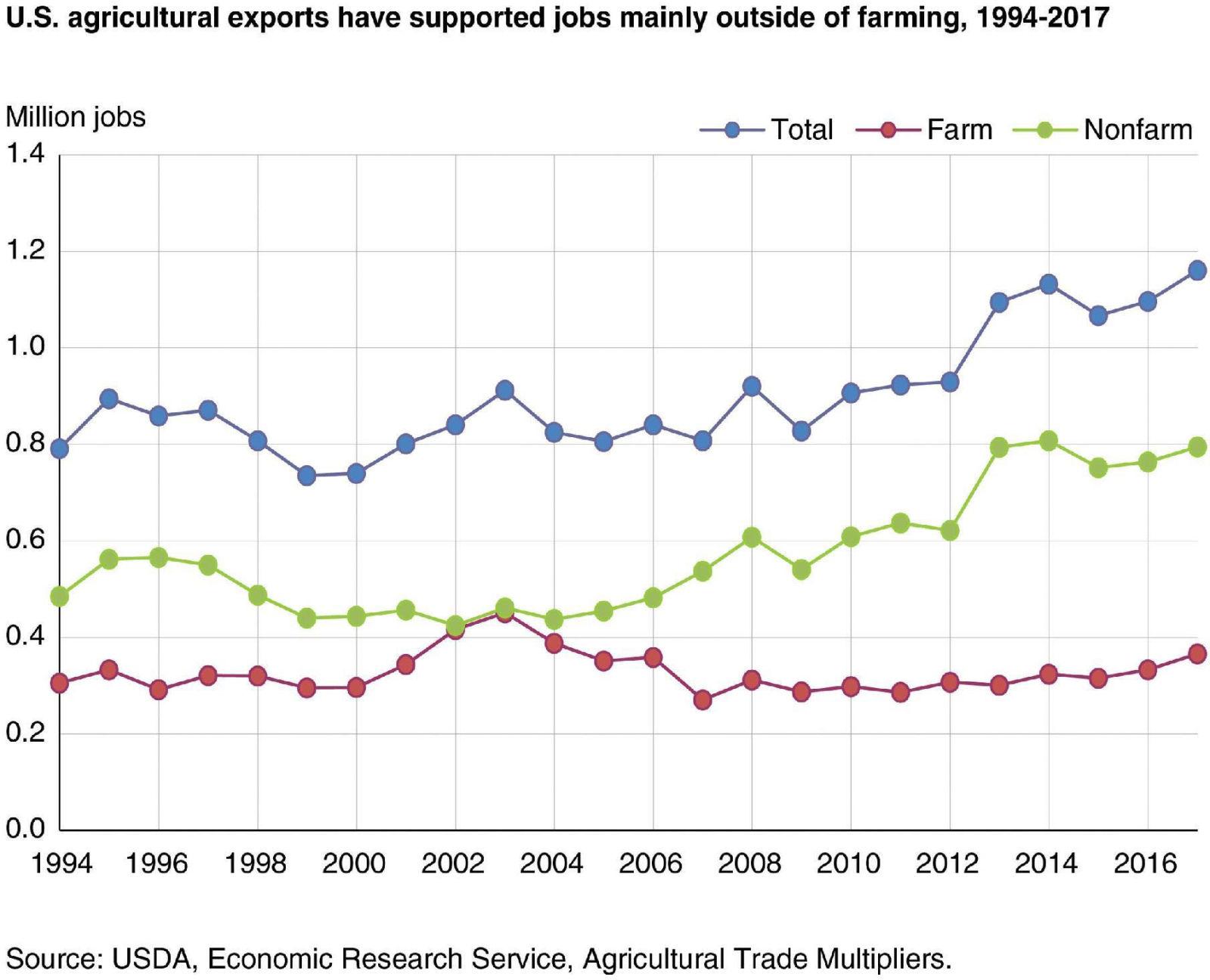 WASHINGTON — U.S. agricultural exports support output, employment, income, and purchasing power in the overall domestic economy. The USDA's Economic Research Service estimates that, in 2017, each dollar of agricultural exports stimulated another $1.30 in business activity. Thus, the $138 billion of agricultural products exported by the United States in 2017 produced an additional $179 billion in economic activity, for a total economic output of $317 billion.

Farmers' purchases of fuel, fertilizer, and other inputs to produce commodities for export spur economic activity in the manufacturing, trade, and transportation sectors. Data processing, financial, legal, managerial, administrative, and many other types of services are also needed to facilitate the movement of export commodities. Consequently, U.S. agricultural exports support economic activity in both the farm and nonfarm sectors of the domestic economy.

This growing importance of non-

farm jobs is consistent with the upward trend in the job numbers supported by nonbulk exports, such as processed foods and animal products, which rely on a broader range of businesses than bulk goods, such as soybeans, corn, and other feed grains. (Nonfarm businesses supported by nonbulk exports include food processing, services, and other manufacturing.)

Dr. Suresh Persaud is an agricultural economist with the International Trade and Development Branch of the Market and Trade Economics Division of the USDA